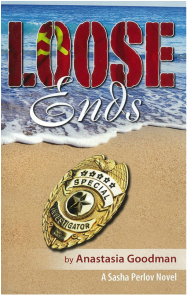 Click on image above to order
This is a novel of love, lust, crime and passion. Sasha Perlov is a man of conflict. Striving to secure the beach communities of New York City destroyed by Storm Sandy and haunted by the world he left behind in Russia. As a NYPD detective, he finds himself driven by passion for a woman whose husband has been found dead on the living room floor. It is Sasha's duty to find out who is responsible for his death. As a modern Inspector Javert, Sasha never gives up a case; he hates loose ends. The son of a Jewish dissident and the grandson of the Hero of the Battle of Stalingrad his family's tortured past never leaves him. The tangled web of history follows him to America--the New Jerusalem. 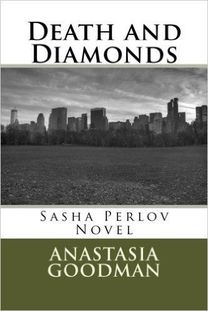 Click on image above to order
This Sasha Perlov mystery novel  continues the exploits of our detective. This time Sasha's Russian cultural and language skills place him in the middle of the murder of a young diamond merchant. The jeweler is a member of an exotic Central Asian Jewish community more Persian than Russian.  The group is linked by international police to Colombian drug dealers.  Sasha's investigation takes him from the streets of the New Jerusalem (America) to the original Old City as he seeks informants and contacts.  spies, couriers, hush money and money laundering figure in the novel. 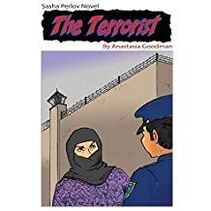 Click on image above to order
The year is 2004 and the terrorist attacks are still fresh in our memories. ProtestErs against the Iraq War line the streets of major cities. Sasha Perlov, Russian-born NYPD detective, son of a tortured Soviet dissident, is requested by the US Attorney’s NY office to interrogate a potential terrorist. Is a Muslim woman picked up by US immigration in Long Island a terrorist? Why is she in the company of members of the infamous MS-13, experts at drug and human smuggling? Is a Latin gang and foreign terror group creating an alliance?
History, intrigue, and the effect of political turmoil converge to challenge Sasha as he attempts to seek the truth. Join Sasha as he fights the enemies within and outside of our borders—to protect                                                              the country he loves.
to order books, click on the selected book image
Proudly powered by Weebly